The Story of Tathagata and Nagaraja Mucalinda

At the beautiful Sala Keo Kou Temple, many statues showcase the cosmopolitan fusion of Buddhism, Hinduism, and Animism beliefs, including the pictured King of Serpents and the established Buddha. The serpent is a semi-divine deity and is often the protector of people and lands and the protagonist in many South Asian and Southeast Asian folklore. There are also artistic differences that show the diversity of the region, including the appearance of the Buddha and the overall presentation of the Buddha and Nagaraja Mucalinda. Buddha’s journey to enlightenment leads him to meditate under the Bodhi tree. It is said that after four weeks of meditation, the heavens darkened for a week and a heavy rainfall ensued. The Nagaraja Mucalinda, known as a protector of treasures, then emerged from the underworld beneath the Earth, and shielded the Tagthagata from the harsh elements. When the storm passed, Nagaraja Mucalinda transformed into his human form, bowed to the Buddha, and returned to his position in the Naga-loka, the enchanted underworld where there are gems, gold, and other earthly treasures. 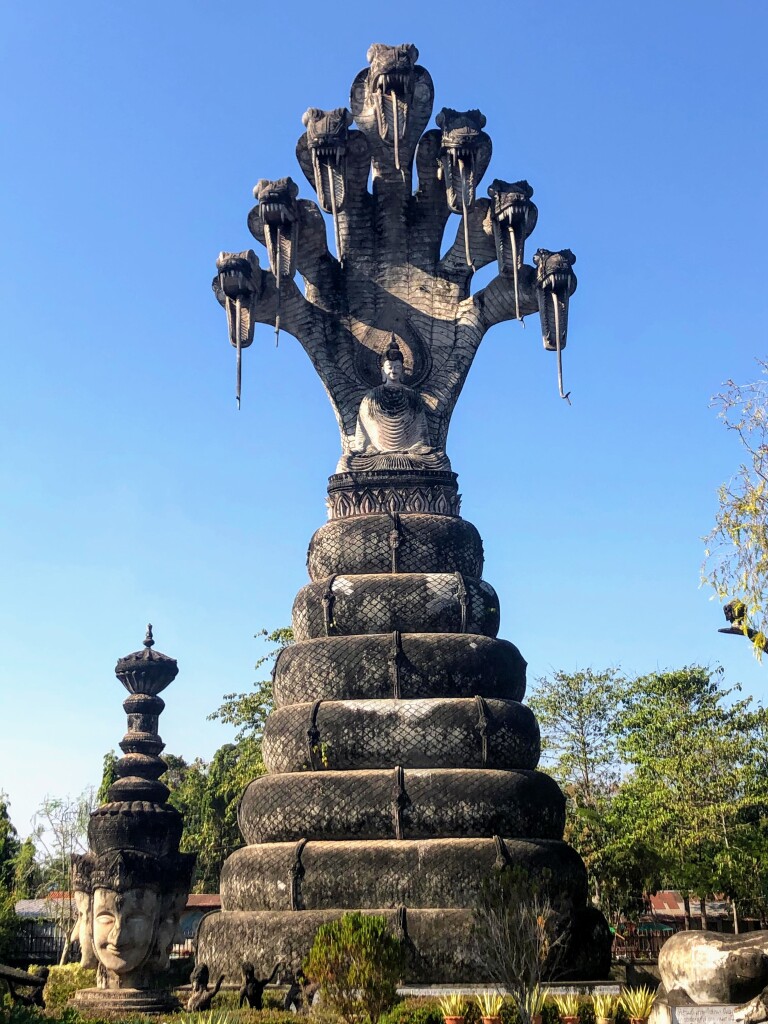