This photo was taken from inside the Catedral Primada Santa María de Toledo, which was one of my favorite cathedrals in Spain. It had a wonderful collection of detailed displays which I could have stared at for hours, but the pictured wall was the most awe-inspiring to me. Its design goes from the floor to the ceiling and the hole at the top brings in natural light for the whole scene. (A cool note about this light is that the figures surrounding it depict a heavenly scene, so that as your eyes rise to the light, you see angels and saints rising to heaven.)

Although this image shows the beauty and complexity of the cathedral’s architecture, it also shows many signs of the Catholic Church’s influence on Spanish culture. I loved spending time quietly walking around and thinking about the cathedral’s history. Toledo had its own unique history as well, because it is known as “The City of Three Cultures.” Therefore, most of the churches there either coexisted with a mosque or synagogue, or came from one that had been taken over. Given this rich history and intricate beauty, it’s no wonder that I learned so much while inside “la catedral.” 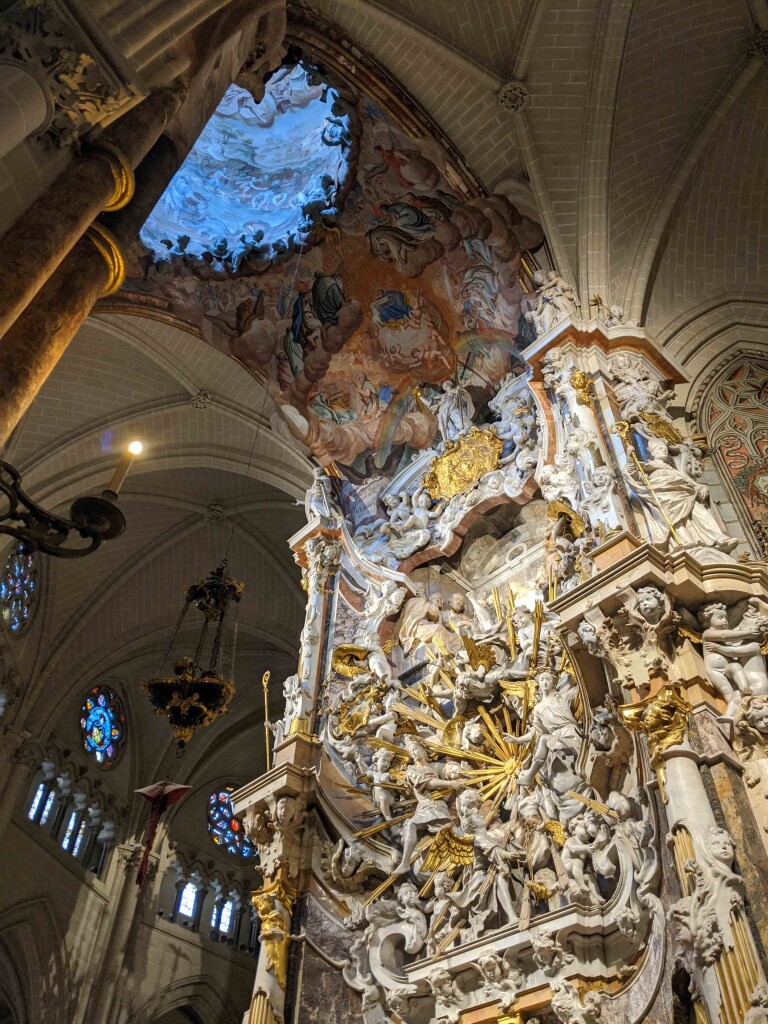