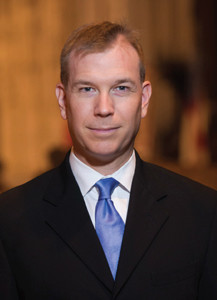 The 4 p.m. concert in the Wartburg Chapel will feature music from Wolfgang Amadeus Mozart, Dietrich Buxtehude, Johann Sebastian Bach and others. Suter, the son of Rick and Gina Suter of Waverly, is a commercial airline pilot and concert organist. He served as the organist at Washington National Cathedral in Washington, D.C., for nearly 10 years.

“I am very excited that Erik is able to perform at Wartburg. He is an outstanding performer, and we were lucky to be able to schedule his concert just before he leaves for concerts in New Zealand,” said Karen Black, Rudi Inselmann Endowed Professor of Organ at Wartburg.

Suter has performed extensively throughout the United States and Canada as well as many Asian and European countries at places like Grace Cathedral in San Francisco, The Cathedral of Saint John the Divine in New York City and the Eton College Chapel in the United Kingdom, among others. In 2003, he was invited to be the first American to perform on the Fisk organ in Lausanne Cathedral in Switzerland, the first American organ in a European cathedral.

Suter earned degrees from Oberlin Conservatory and Yale University. He has been featured on the nationally syndicated American Public Media show “Pipedreams.”

The concert is co-sponsored by the Cedar Valley Chapter of the American Guild of Organists.
Visit Campus Recruit Me Apply Now