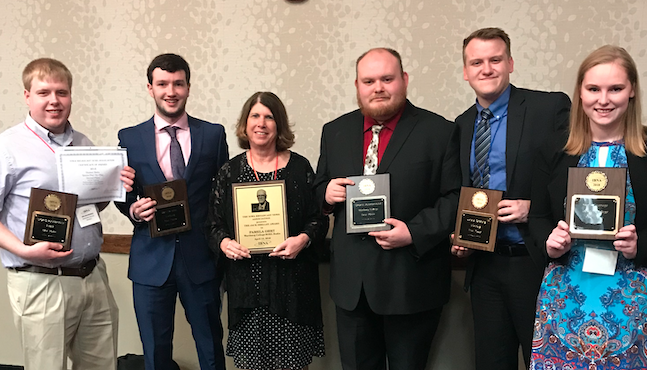 In addition to the scholarships, several students and recent graduates also were honored for their work in campus media.

Under the Knight Vision News division, Wall earned a first-place finish in Sports Coverage for her package on wrestler Brock Rathbun, while Reebenacker earned first in General Reporting for a Waverly hospital renovations package. Reebenacker teamed up with Tyler French, a 2018 Wartburg graduate, for a first-place finish in Sports Play-by-Play for women’s basketball versus East Texas Baptist. The entire “Cedar Valley Today” staff received first place in Best Newscast for the Nov. 30, 2018, show.