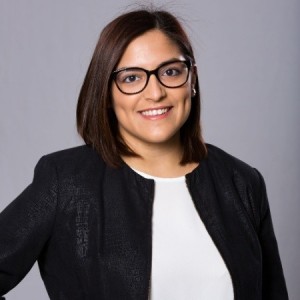 A group of Wartburg students will head to Fort Worth, Texas, this weekend to share their plans for a food truck that specializes in Puerto Rican fare and giving back.

Led by Sulibeth Velez, Kissimmee, Fla., the group, including Hunter Baldus, Cedar Rapids; Grace Byram, Pella; Alexies Escotta, Kissimmee; and Jacob Hodge, Dubuque, will be one of 55 collegiate teams from across the U.S. and around the world competing in the Richards Barrentine Values and Ventures® Competition at Texas Christian University Friday and Saturday, April 6 and 7.

Competing teams present business plans demonstrating a societal or environmental need to be filled, as well as profitability. More than 100 entrepreneurs, investors, marketing and financial experts, venture capitalists, attorneys and accountants will judge the participants.

“I’ve always wanted to do something with food,” said Velez, a senior business administration major. “Years ago, I wanted to open a Puerto Rican bakery, but now I think I might be more interested in this.”

The Wartburg team’s proposal is a food truck operation, the Borinquen Food Truck, which will offer traditional Puerto Rican options for working and on-the-go customers in Kissimmee. The word Borinquen is the traditional name for the island of Puerto Rico. The truck would offer several street food options, including mofongo, a Puerto Rican dish with fried plantains. As part of their business plan, the team included a partnership with two community service organizations in Kissimmee that would help them feed the underserved in the city.

“When I first moved to Florida, we lived in a hotel, and sometimes we would try to reduce meals or the portions of our meals,” Velez said. “I know there are so many people that suffer from hunger. They are living in homes, in hotels and on the street, but most people only see Disney World as the face of Kissimmee.”

Allan Bernard, professor of business administration, is the team’s adviser, and Michael Murphy, a 1989 Wartburg graduate, sponsored their trip.

“I am proud to work with this team both for this competition and in their entrepreneurship class, and I look forward to their participation in this exciting competition,” Bernard said. “I know they will make Wartburg proud and set a great example for future teams from the college.”

All teams will compete Friday morning in seven simultaneous flights. The top team from each flight will advance to the finals Saturday morning.

Winners will be announced Saturday afternoon. Students will vie for more than $70,000 in cash prizes.