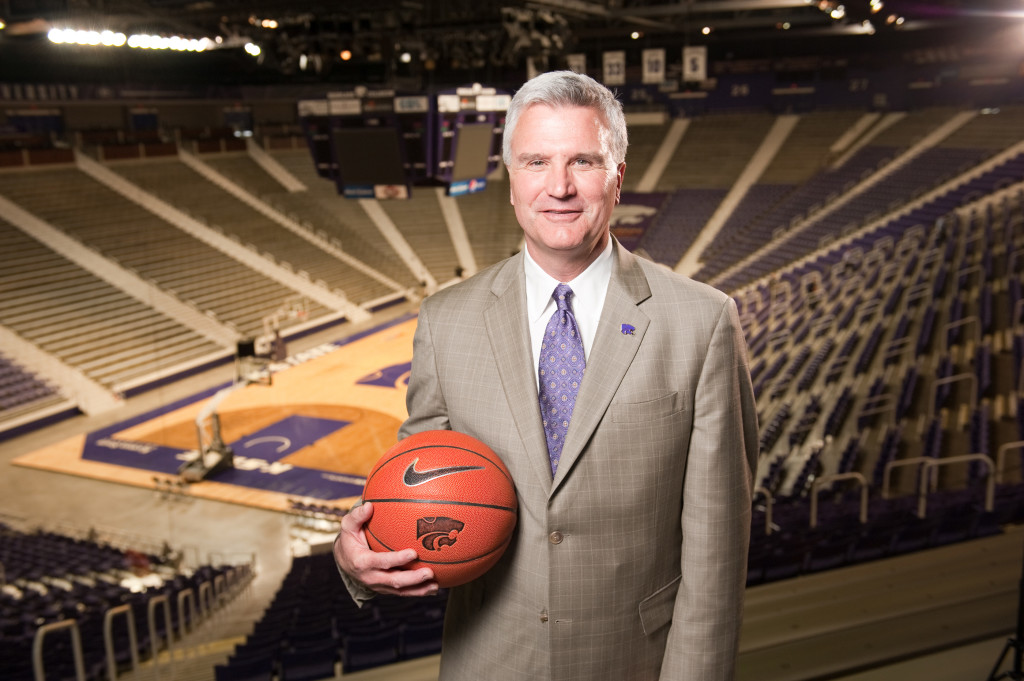 The men’s basketball coach at Kansas State University is the recipient of this year’s Wartburg College Graven Award.

Coach Bruce Weber will accept the award and deliver an address at 7 p.m. Tuesday, Sept. 6, in Levick Arena in the Wartburg-Waverly Sports & Wellness Center. The event is open to the public. Area youth groups, athletes and coaches are encouraged to attend. Weber also will be the keynote speaker at the college’s Opening Convocation earlier in the day.

The annual Graven Award, now in its 27th year, is presented to a person “whose life is nurtured and guided by a strong sense of Christian calling and who is making a significant contribution to community, church and society.” It is named for the late Judge Henry N. and Helen Graven, natives of Greene, whose lives reflected those same commitments.

Weber is one of the winningest coaches in Division I basketball, accumulating 392 career wins and 10 NCAA Tournament appearances. He also earned multiple Coach of the Year awards, including the 2013 Big 12 Coach of the Year. Among his national accolades are the Naismith Award, The Associated Press Coach of the Year, Adolph F. Rupp Cup and the U.S. Basketball Writers Association’s Henry Iba Award.

Joseph and Amy Chamley of Champaign, Ill., recognize Weber’s success on the court, but it is his faith and commitment to his church community that prompted them to nominate him for the Graven Award. Amy Chamley is a member of Wartburg’s Board of Regents.

“Throughout the years, Coach Weber and (his wife) Megan were active members of our church community, and it was obvious that their church life was important to their family,” they wrote. “Win or lose, regardless of distance, Coach Weber and his family would be in church the morning after a Saturday game.”

They also cited Weber’s support of Lutheran Social Services and Coaches Against Cancer.

“Coach Bruce Weber has exhibited a lifelong commitment to live out his calling as a person of faith through his vocations as coach, community servant and mentor to students, as well as his commitment to live a life of service through his church commitments,” said the Rev. Ramona Bouzard, the Herbert and Cora Moehlmann Chaplaincy Endowed Chair. “He is a transparent leader who is guided by integrity, hard work and a drive to bring out the best in others.”