My education was personalized because of the small class sizes

WHY DID YOU CHOOSE WARTBURG: When I started looking at colleges, I was really interested in small, liberal arts colleges because I thought that would be the best fit for me. Wartburg had smaller class sizes, and I was also interested in continuing music, even though I’m not a music major. When I visited here, I thought everyone on the campus was super friendly, so it kind of felt like home right away. Even though I had visited a bunch of different schools, I still felt like Wartburg was the most welcoming place I had visited.

HOW DID YOU DECIDE ON YOUR MAJOR: I started my first semester as a biology major. I quickly found out that that was not really what I was super interested in. I had taken a sociology class during my senior year of high school. My high school had one class that was kind of an introductory course, and I thought it was interesting. I was also interested in psychology, so I thought, maybe I could do a psychology/sociology double major. During the second semester of my first year, I took Intro to Psychology and Intro to Sociology, and I found out that sociology was what I was more interested in. I have a psychology minor, but I’m really interested in how sociology approaches how people interact in groups, in society, and in systemic issues in society. I think that’s what’s most interesting about it for me. 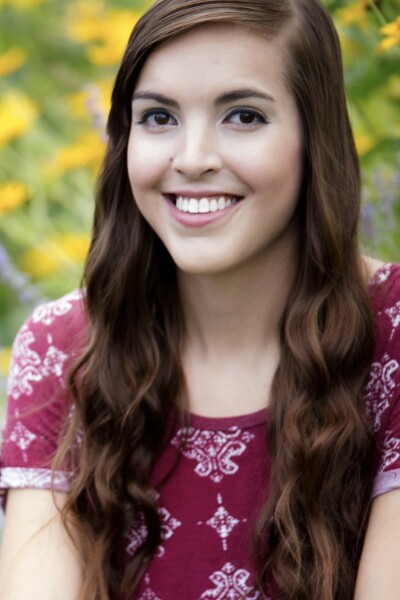 WHAT ARE YOUR PLANS AFTER GRADUATION: I am planning to go to Drake University Law School next fall to pursue a Juris Doctor degree. I’m interested in getting a certificate in constitutional law and civil rights after I have completed that degree. I want to become a civil rights lawyer, and that’s my plan to how I’m going to get there.

HOW HAS WARTBURG SET YOU UP FOR SUCCESS IN YOUR FIELD: My classes have all taught me how to think critically about different problems that society and individual people face. With my sociology major, there’s a focus on structural issues and how factors beyond an individual contribute to the individual experience. I think my education has been personalized because my classes have all been small, and I get to know the professors really well. That has really helped me gain a deeper connection to what I’m learning. The professors are very accessible if I ever need help with anything.

WHAT WAS YOUR FAVORITE CLASS: Social Problems. It’s a sociology class that focuses on the process, from start to finish, of how an issue in society becomes a social movement. I thought that the class was interesting, and it’s also relevant to things that have been happening in society in the past year. I think that it was interesting to talk about how an issue gains attention, how people draw media coverage to that issue, how it can become a movement, all the way to the point of having policies passed to address the issue.

WHAT IS YOUR FAVORITE WARTBURG MEMORY: Going on tour with the Wind Ensemble to Japan. That was really the first time I had been immersed in a completely different culture and traveled super far away. We spent three and a half weeks there doing homestays with Japanese families. That was interesting because we weren’t always just acting as tourists, we were completely immersed in their culture. We got to do interactions with schools and perform concerts and workshops with elementary through college students in Japan. That whole experience was cool and really opened my mind to experiences from other people and other parts of the world.

HOW DID STUDYING ABROAD CHANGE YOU: The experience made me think about the experiences of people beyond the people in the Midwest and in the United States. It gave me more of a global perspective and how issues affect people differently depending on where they’re from or what their cultural background is. I learned to have a broader mindset, rather than focusing on things at a micro level.

WHY IS WARTBURG WORTH IT:  My professors have all been super helpful. I enjoy the classes that I’ve taken and having that personalized approach and having people be accessible when you need them to help you with something. Also, my experiences in music. Although I’m not a music major, music has been a super important experience for me during my time at Wartburg. The people that I play music with are the people that I spend the most time with. Over the past four years, Wind Ensemble has always been a constant thing that I had every day because I’ve been in it, since my freshman year. Wartburg has such a welcoming, family atmosphere that makes everyone on campus, no matter what they’re involved in or studying, feel appreciated.