Wartburg helped me overcome my doubts

Joe Young ’75 was the first member of his family to graduate from college, but his accomplishment didn’t come without challenges and doubt.

Growing up in Mississippi, Young centered most of his talents on athletic pursuits. As he began to look toward his future, he knew that shifting his focus to his education was not only smart but was necessary if he wanted to make an impact in the lives of others. However, excelling in college seemed nearly impossible for the young man who hadn’t even taken a chemistry class in high school.

Enter the doubt. Would he be able to keep up with the academic rigors that came with college coursework?

“There was nothing wrong with my intelligence,” Young said. “What was missing was the opportunity to learn and to be prepared.”

Once at Wartburg, he found a network of faculty and staff who welcomed him and helped him face his doubt head-on. “They said to me, ‘You belong here. This is your home, too,’” he said.

With their support, Young found his calling in helping those who didn’t have the resources or ability to help themselves, a passion he’d discovered early in his life.

“I grew up with parents who were open, nice, and welcoming people who spoke up for those who were voiceless,” Young said. “My parents really helped me to understand what it means to be an advocate and to have the high moral standards that it requires to truly put others before yourself.” 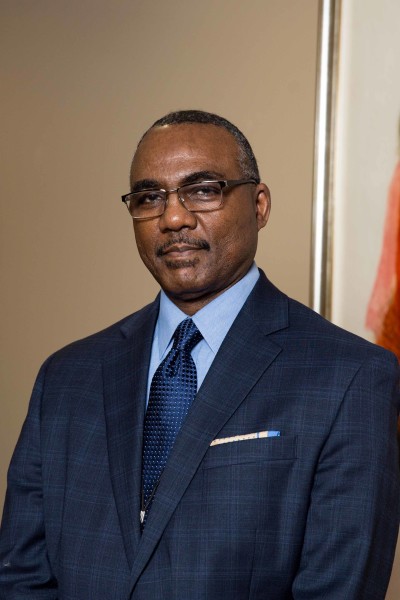 This desire to “do the right thing” led him to a major in social work.

“Try to imagine a world without social workers,” Young said. “They are willing to do the right thing even when nobody’s watching.”

Young now works at the Evangelical Lutheran Church headquarters in Chicago, leading a team in Poverty and Justice Ministries, a division that is responsible for Lutheran community development services, training, and social ministry programming.

Being a student at Wartburg allowed Young to mentally and physically prepare to take on the challenges that the real world would eventually throw at him.

“I wasn’t cut any slack, and that’s fine,” Young said. “I’m proud that I made it. I have a good education; I can sit in on anybody’s conversation any time, any place. I’m tough and I’m battle-hard, mentally and emotionally. I’m pretty good at what I do.”