Engineering program allowed me to be more than an engineer

WHY DID YOU CHOOSE WARTBURG:  It was mostly a mix between the soccer program and the option to pursue a degree in engineering. I knew that I wanted to play soccer and that a small school was the best place to be for individualized learning, which I knew was best for me. I like the fact that we have such a small student to professor ratio which allows more attention and  better learning. Since Wartburg is small and individualized, it felt like home as soon as I got onto campus.

HOW DID YOU DECIDE ON YOUR MAJOR: The thing about being an engineer at Wartburg is you aren’t only an engineer; I have had the opportunity to grow and learn about myself not only as an engineer but also as an individual. Being at a liberal arts school, I have had the opportunity to do things I may not be able to at other schools. I was able to be on the soccer team, get a leadership minor, travel abroad for May Term. While learning the same engineering skills as someone at another school, I also got the chance to train a service dog, go to Germany, take classes in other subjects, and be involved on campus. Wartburg’s engineering program has allowed to be more than just an engineer; it has given me the opportunity to grow as professional and an individual. 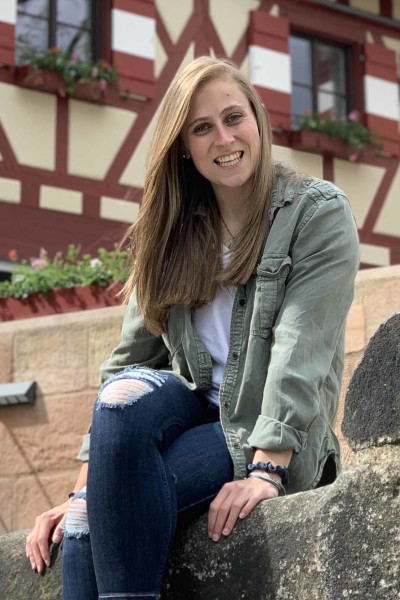 WHAT ARE YOUR PLANS AFTER GRADUATION: After graduation, I am going to be a technical solutions engineer at Epic Systems in Verona, Wisconsin.

HOW HAS WARTBURG SET YOU UP FOR SUCCESS IN YOUR FIELD: I think the fact that I went to a liberal arts school makes a big difference when trying to compete with other engineers for a job because I have more than just an engineering background. I have a leadership minor, I have taken public speaking and English courses, and I have a broader knowledge rather than studying a specific discipline in engineering. I know a little bit about all types of engineering along with the people skills that you might not get with a bigger institution.

WHAT IS YOUR FAVORITE WARTBURG MEMORY: Winning the conference championship for soccer this year and getting to do that on our home field. On the academic side, traveling abroad to Germany last May Term was a lot of fun and a cool experience.

WHAT ADVICE DO YOU HAVE FOR CURRENT STUDENTS: Stay in those difficult courses. Your classes might get hard and it doesn’t seem like the right thing for you, but you need to keep trying. There are resources out there and don’t be afraid to ask for help. Don’t give up if your classes are difficult and you know that you want to pursue a career in that field. It will get easier in the end.

WHY IS WARTBURG WORTH IT: I think I have encountered some of the best professors and classmates I have ever had, and I have made some of the greatest friendships. Wartburg has that community and family aspect that all student wants to have when picking a school.