I came to Wartburg because of the research opportunities

WHAT DREW YOU TO THE BIOCHEMISTRY PROGRAM: I love Dr. (Shawn) Ellerbroek. He has been amazing for me and he has really opened my eyes to some of the different opportunities that are out there. Coming into Wartburg, I thought I just wanted to do research in the future. After talking to Dr. Ellerbroek, I learned about an MD-PhD program, which would allow me to do more clinical research on people. I realized that’s something I really want to do, and I didn’t even know that was a thing. So now, that’s what I’m going for in the future.

WHAT ARE YOUR PLANS AFTER GRADUTION: I’m going to do a gap year or two, just so that I can do more research and become a better applicant for an MD-PhD program. 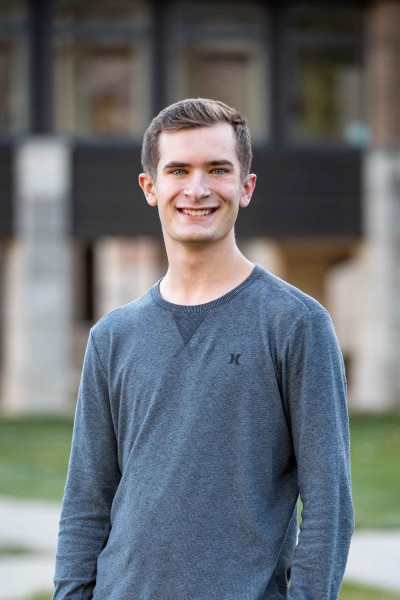 WHAT KND OF RESEARCH HAVE YOU DONE: During my first semester of my first year, I was involved in historical research, which wasn’t in my discipline, but it was related to my discipline, because it was related to the 1918 Spanish influenza epidemic. Starting in the second semester of my first year, I became involved in ovarian cancer research and that is still going on to this day. The summer after my first year I was able to do an internship in Taiwan, where I did agricultural research about a fungus disease in peppers. I’ve also been able to do smaller research projects, like a project where I looked at different Spanish textbooks designed to teach doctors how to properly interact with Spanish-speaking patients. Another smaller one that I’m doing right now is a psychological project that looks at how different age groups respond to getting a diagnosis of cancer.

WHAT IS YOUR FAVORITE WARTBURG MEMORY:  Standing in the breakfast line on the morning of Outfly with all my friends.

WHAT ADVICE DO YOU HAVE FOR CURRENT STUDENTS: I would definitely say get to know your adviser. Professors and advisers open doors for you that you never really knew existed. They know what you can do to get to where you want. Just by talking to them and telling them what you’re interested in, they can open doors for you, they can get you connected with people that can really get you on your way to being a very competitive applicant for the programs that you might get and jobs that you’re applying to.

WHY IS WARTBURG WORTH IT: I would say all of the connections that I’ve been able to make with amazing people around Wartburg College who have helped lead me toward a future career in research have really made Wartburg worth it for me.