The Wartburg network has helped me succeed

WHY WARTBURG: I went to a broadcasting camp at Wartburg twice during high school, and I just loved it whenever I was on campus. It was really easy when it came time to apply for schools, I think Wartburg was the only one I applied to. I just knew. The communication arts program, which is what it was called back then, was the best in the state so that really made me want to go there as well.

HOW DID YOUR WARTBURG EXPERIENCE PREPARE YOU FOR LIFE AFTER COLLEGE: So many ways. I have nothing bad to say about Wartburg. Right away, when you come in as a freshman, you immediately get opportunities to work at the TV station and  with the radio station. Back then the program was mostly journalism focused, and I didn’t want anything to do with journalism. I talked with some of the professors, and we ended up starting a student-run video production agency, Reel Orange Productions. That is one of the biggest things that set me up for success, seeing the day-to-day of a video production agency works and how to work with clients and do project management. That actually got me my first job. 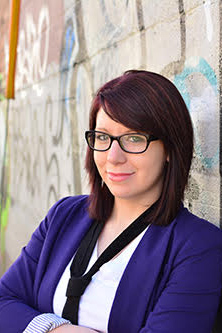 TELL US MORE ABOUT REEL ORANGE PRODUCTIONS: When I was at Wartburg from 2010 to 2014, the communication arts program was very much journalism focused. You were either going into tv news, radio news, or newspaper. I had a moment where I just was like I don’t know what I’m doing. I don’t like this. I need to change direction. I talked with Travis Bockenstedt (then the college’s McElroy Chair in Journalism and Communication) and we came up with this idea to start a student-run agency, kind of like Tower Agency, but for video. We started that, we brought on some students, and we able to  run our own agency. It was a huge thing for me. Travis also came up with digital cinema classes, and that really helped give people like me, who weren’t super journalism focused, an outlet to explore digital media.

WHAT HAVE YOU DONE SINCE GRADUATION: Before college ended, I got a job at a place called Mechdyne in Marshalltown. A former professor was working there and she reached out to me. Then I reconnecting with Travis. He had started Fourth Wall Productions with a few other classmates of mine, so I ended up leaving Mechdyne to join Fourth Wall, which was really cool. The video production agency had an office here in Waterloo and one in Denver, Colorado. I would travel back and forth between Denver and Waterloo, doing shoots kind of all over the place. That was a really great experience because it was all Wartburg people, and we worked really well together and built that company up. It ended up getting sold off to a different company in Denver which is when I split with them.

WHERE DO YOU SEE YOURSELF IN FIVE YEARS:  Ideally, I would love to go into documentary filmmaking, which mixes journalism with film.

WHAT ADVICE DO YOU HAVE FOR CURRENT STUDENTS PURSUING FILM PRODUCTIONS: I think the biggest thing, and this is really for any students at Wartburg, is to use the Wartburg network. I think almost all the jobs I’ve gotten have been through people who I  have met through the Wartburg network. The other thing is to always keep learning and keep up to date on skills. This industry is constantly changing, which is what drove my decision to go back to school and get my master’s. Even if you don’t want to go back to school, keep up with classes. There are a lot of free resources. Just try to improve yourself and keep trying new things.