WHY DID YOU CHOOSE YOUR MAJOR: My choice had to do with my background. I was born in Haiti in 1996, 10 years after the overthrow of our longtime dictator, Jean Claude Duvalier. At 8 years old, our Président, Jean Bertrand Aristide, was overthrown. His departure led to a long security crisis where children were frightened to go to school for fear of being kidnapped. Our institutions were always very dysfunctional. Our government was often absent in most of our communities. The chaotic nature of my country coupled with the experience I had in Canada after two years in an advanced high school program, known as United World College, led me to ponder upon several questions: Why did Canada look like a 21st-century country and Haiti like a 19th-century one? Why did I feel like I just traveled in time?

Because the dysfunctionality of everything in Haiti had been there for so long, it had transformed the way that Haitians see themselves, think of their leaders, and envision their future. The skepticism in the air unfortunately turns into self-loathing, with Haitians bemoaning their race and their nationality as the reason for the failure of the country to develop. I rejected these types of reasonings as satisfying reasons for the predicament of our country. I chose history and international relations to truly investigate why our country is where it is right now, why other countries are doing better, and most importantly, what can I do in the short and long term to help future generations avoid our daily dystopia.

WHY DID YOU CHOOSE WARTBURG: As I realized the beauty and necessity of liberal arts, I began to fall in love with the intellectual package that the school offered. To be honest, I did have second thoughts at times, as did many others, about learning things that we don’t need for a job. After all, I did find my own reason for being in college, and the connections that I had made at Wartburg were certainly useful in helping strengthening my ideals and visions. Overall, I think it was at Wartburg that I finally settled on some causes worth fighting for. 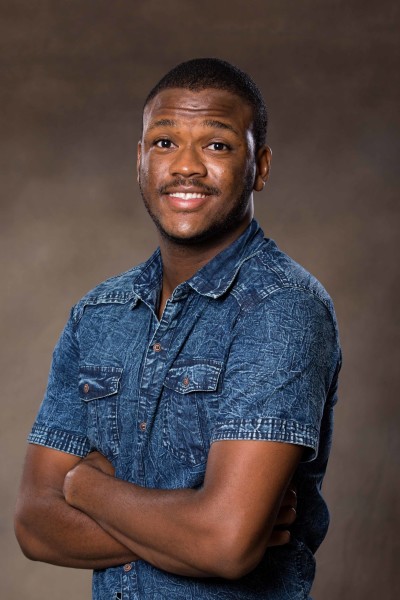 WHAT ARE YOUR PLANS FOR THE FUTURE: I see myself growing in the nonprofit sector. There is no job in the world that gives me more satisfaction than one that impacts the lives of others and is performed for the right motive. Haiti has been called the “Republic of NGO,” and unfortunately a lot of NGOs succumb to the same corruption that governs Haitian politics. This year, Haitian poverty and political instability have reached rock bottom. I want to be a part of the next generation of Haitian leaders who pick up the mantle and thrive to succeed where our parents failed. If I continue a career in helping and improving the world around me to the extent that I can, maybe, just maybe my impact could be felt in the daily lives of some Haitians in the future.

In five years I see myself finally publishing my novel, a dream and a project that I have for sometimes now. I hope to find and retain a job that gives meaning and allows me to have a positive impact on the lives of those who need it most. I also see myself helping my brothers, sister, and some cousins move forward as much as I can. Furthermore, I also want to build a small business in Haiti, despite the violence and the chaos, because most diaspora I know are currently retreating entirely from the country. If we all go the country could suffer economic asphyxiation. On top of all that, I hope to achieve a certain personal maturity and to have a soulmate in my life with whom I can continue the journey.

HOW DID WARTBURG PREPARE YOU FOR THE NEXT STEP: I think more than anything, it was at Wartburg where I truly developed a sense of skepticism about everything. The readings from and listening to thinkers that I did beyond the classes I took  gave me a clearer picture of what is happening at a structural level around me and in some places around the world. The events, stories, and mistakes I discovered about the U.S. and other countries helped me understand that Haiti is not an accident or some isolated incident, but that in fact our situation is the compounded result of years of negative policies and corruption. My time at Wartburg allowed me to mature ideologically and to see clearly what was worth fighting for and what was not.

WHAT WAS YOUR FAVORITE CLASS: My favorite class was 20th century Europe for several reasons. First, it was because of the teacher. Dr. (Dan) Walther is an expert in European history. He treated the materials with care and the students with great respect. Second, it was because of the timeline we were studying. The 20th century was a pivotal century in human history. It also is modern history, meaning all the problems we currently face as a species can be traced to decisions and actions that took place during that time period. Third, it was because of my interest to finally understand Europe given the history that this continent shares with my country. Studying European history in a sense was like studying my own national history.

WHAT IS YOUR FAVORITE WARTBURG MEMORY: I think the intellectual conversations that went beyond the classroom that I had with some friends.

WHAT DID YOU LIKE MOST ABOUT CAMPUS LIFE: The concentration of so many brilliant minds in one confined space. Outside it’s harder to continue discussing intellectual issues with people. It’s harder to find people interested, honest, and willing to engage in such pursuits. The college’s lifestyle made it possible and easy to meet intelligent students of all majors and backgrounds.

WHAT ADVICE DO YOU HAVE FOR CURRENT STUDENTS: Four years is a long time. Don’t think too much about life after graduation and live in the moment. Read beyond the classroom. For those in the humanities, don’t let your peer’s lack of enthusiasm and your teacher’s obsession with technicalities destroy the beauty and the pleasure of studying a humanities subject.