The Spanish major begins with a foundation of linguistic and intercultural experiences, including cornerstone faculty-led May Term immersions in Costa Rica and Denver, Colorado, and premier study abroad semester programs in Spain and Latin America.

Students in the Language & Culture concentration choose from advanced electives in culture and linguistics, while Spanish for Health Professions students hone their professional Spanish skills in courses such as translation/interpretation and Spanish for medical professions. Spanish for Health Professions students also have the opportunity to complete a medical Spanish study abroad program that includes clinical internship experiences.

Students are shaped by international experiences designed to increase language proficiency and immerse you in another culture. In-depth study of another culture and living abroad for an extended period of time will give you insight into how other cultures view the world, as well as a better understanding of American culture.

Take part in a May Term cultural immersion experience, where students spend four weeks off campus, combining intensive language study with faculty-led excursions to sites of historical and cultural significance around the world.

During May Term, Spanish majors and minors visit about sites of cultural interest in Costa Rica or Wartburg West in Denver, Colorado.

In their junior year, Spanish majors will study abroad for a semester. 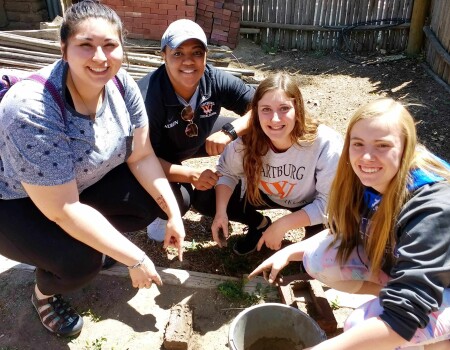 May Term is an ideal time for off-campus travel and study. Faculty members accompany students on a variety of courses.

A tight-knit mentoring community. WORTH IT.

Wartburg graduates find satisfying jobs and are admitted into top graduate and professional schools. Wartburg alumni can be found in all 50 U.S. states and over 70 foreign countries. Below is only a sample of the types of positions Wartburg graduates from the English and Modern Languages Department have had in the past.

Sample of Alumni Positions from the Past Five Years:

Sample of Alumni Positions from the Past 10 Years:

TAKE IT FROM US

Learn how studying Spanish helped these Knights realize their purpose.

Hannah: I learned what humanity means

Dr. Marta Ramírez Martínez joined the Wartburg faculty in 2019 and brings her background as a native speaker of Spanish and a passion to advise and advocate for our heritage speaker students. Her research has focused on bilingualism, experimental sociophonetics, laboratory phonology, as well as second and heritage language acquisition and pedagogy.

She was born in Majorca, Spain, where she earned a B.A. in English Philology at the Universitat de les Illes Balears. She later obtained an M.A. and Ph.D. in Spanish Linguistics at the University of Arizona. She speaks Catalan, Spanish and English, and has studied several other languages throughout the years. She has visited many countries in the Spanish-speaking world and has directed study-abroad programs. 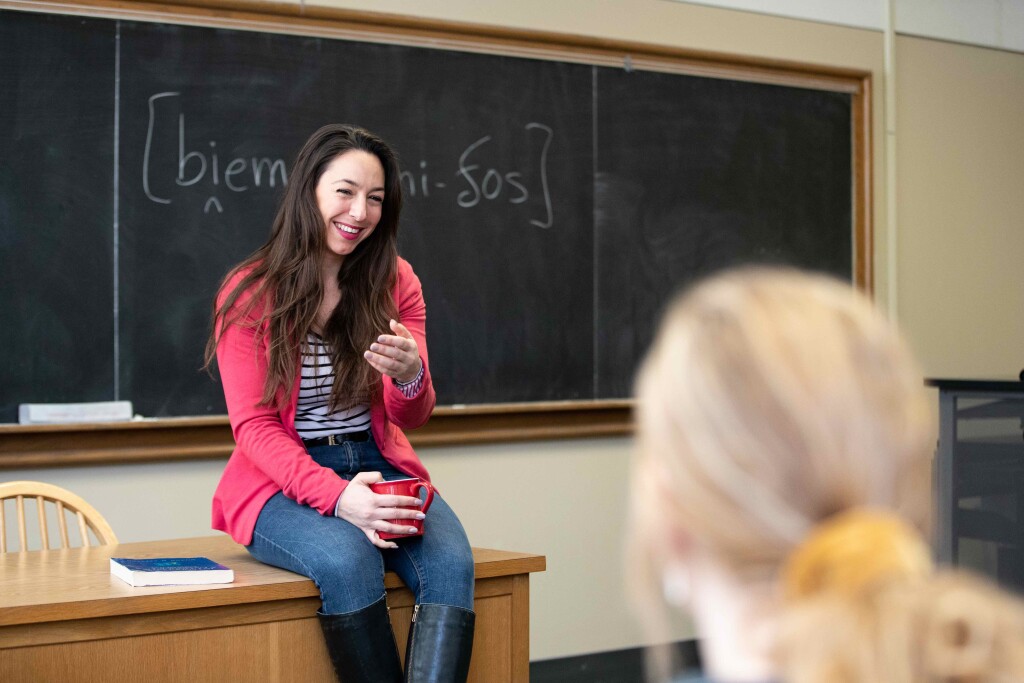 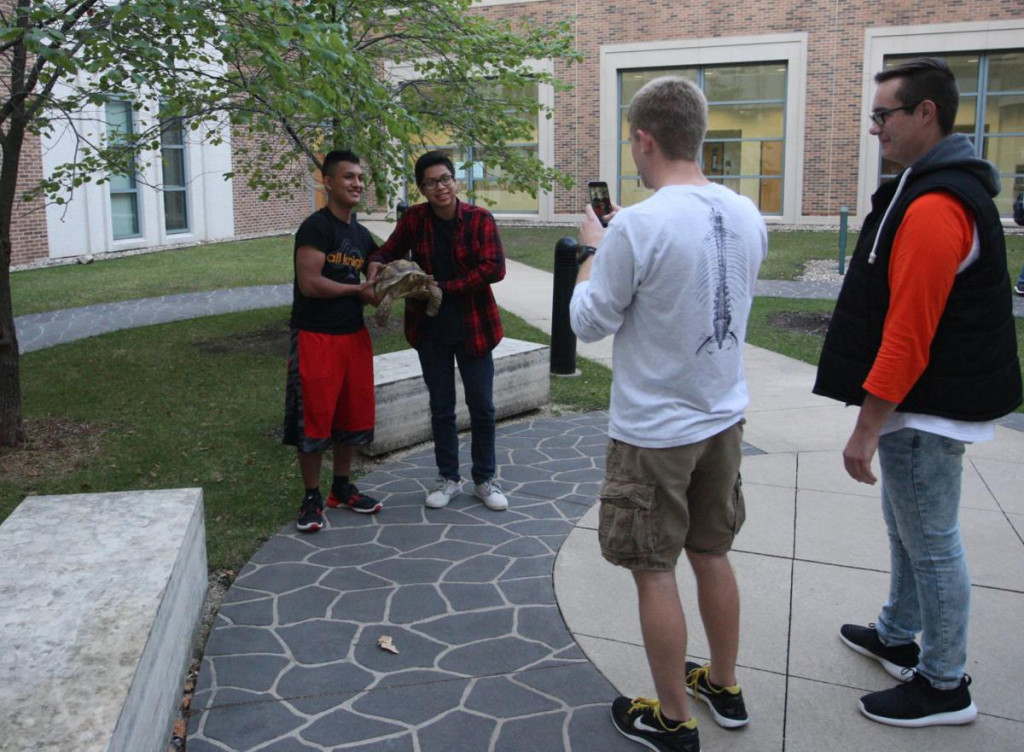 The annual symposium celebrating the humanities is presented by the Harry and Polly Slife Professorship in Humanities and co-sponsored by Vogel Library, the Wartburg Scholars Program and the Franklin I. and Irene Saemann Chair in World Communities. Thanks to a leadership gift from alumni Steven and Jane Noah and Dale and Judy Goeke, the annual event brings an author, poet or other literary figure to campus to engage students, faculty, staff and the broader community in activities to stimulate critical thought. Click here for details.

Luther Hall houses the Department of English and Modern Languages.

Professors who know you and are here to help. WORTH IT.