Heady stuff for an incoming college senior, to be sure.

But then again, Shields and three other Wartburg College students were not taking part in a run-of-the-mill business internship. They were gleaning expertise from heavy-hitters in the Boston entrepreneurship scene and Massachusetts Institute of Technology professors and alumni.

That guidance and their own sweat equity went into OBaa, a mobile health app for which a Wartburg crew of 10 earned top honors at MIT’s Global Startup Workshop in Morocco, including an invitation to the institute’s Global Founders’ Skills Accelerator Program.

“It was off the charts,” Ryan says of the summer at MIT. “Boston and Cambridge have so many entrepreneurs with an international impact. In any other place we wouldn’t have had access to them on a face-to-face basis.”

The Iowa City native came to Wartburg in a “vulnerable but moldable state.” He applied himself as an economics and business finance double major, economics tutor, and captain of the golf team. Ryan says hard work, experience, and openness to critique helped him develop character and unlock his potential.

He got involved with OBaa through a classmate whose team already had been awarded a Davis Project for Peace grant to build a clinic in Ghana, his home country. The two wrote a formal business plan for the software application, and Ryan discovered his ambitions reach beyond classroom walls.

“It was an opportunity to separate from doing things just by the books,” Ryan says. “The bottom line was the point of the project, the impact and breadth it truly will have.”

The Wartburg team envisions its software application, which it recently incorporated, connecting doctors and patients in rural Ghana and beyond to reduce high maternal mortality rates. And Ryan knows his future lies in “giving others the key to open doors.”

“I am most passionate about using entrepreneurship as a way to facilitate innovative and sustainable development to emerging markets,” he says. “Achieving goals is what drives me, and serving others is what captivates me.” 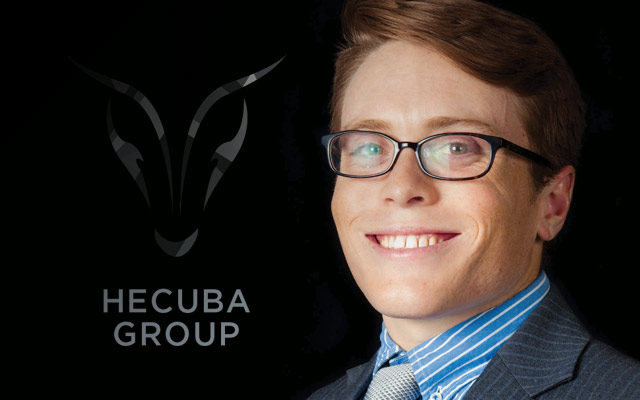