On the ride of his life 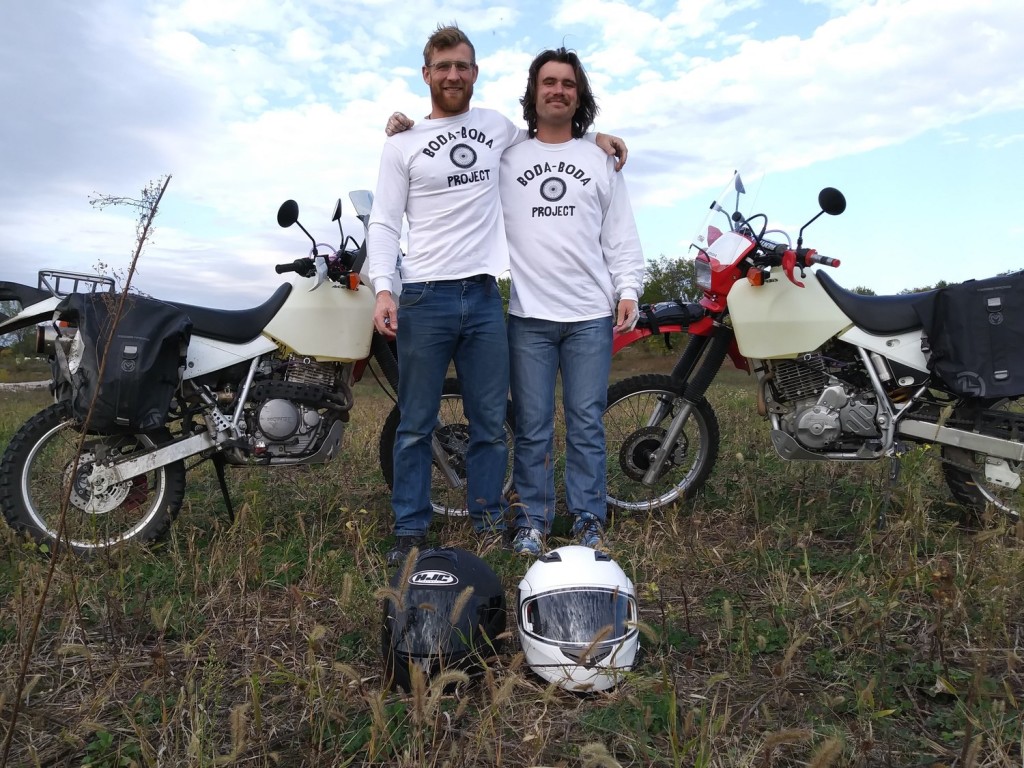 When Ross Naylor’s Wartburg engineering science degree merged with his passion for service, the outcome was a life dedicated to helping others.

On Nov. 15, Naylor ’13 and his brother Seth left Ankeny on a pair of Honda XR 650 L motorcycles bound for the southernmost tip of Argentina. Their goal is to raise $20,000, or $1 for every mile they ride. The money will be used to build schools at orphanages in Uganda.

“We’re trying to show people they can take a goal like riding to Argentina and transform it into something that builds a better world,” Naylor said.

Unable to fathom life in an office, Naylor and his brother started Renomads, a traveling construction business that has taken them to Australia, Southeast Asia, and across the U.S., as well as supported their fundraising efforts.

“The broadness of what you learn at Wartburg surpasses what other colleges can offer. Unlike most other engineers, I know how to write proposals, network, and communicate math to people who aren’t experts,” Naylor said.

The former football team captain said his passion for service and leadership also was nourished during his time on campus.

“A leader has to be confident in their opinions and, most importantly, they have to live that way. We choose to live in a camper and live simply to be able to afford the type of service we do,” he said.

The current trip is expected to take about six months. They will travel about 200 miles each day along the Pan-American Highway through North and South America. After ferrying their bikes through Panama, they will ride through deserts and marshes, ending in Ushuaia at the southernmost point of Argentina. At that point, the brothers will ride north to Buenos Aires, sell their bikes, hop on a plane, and return to life as normal.

The inspiration for the trip came from their mentor, Mike Hanley, a former business consultant who rode the same route in 2009. The transformative ride called him to create the World Riders Foundation, a nonprofit that helps people like the Naylor brothers realize their dreams of helping others. The Naylors will post trip updates on the World Riders Foundation website throughout their journey. A map on the website also will track donations versus miles traveled.

While in Bolivia, the poorest country in South America, the brothers will take a few days to seek out another orphanage in need of assistance, which will be their next project after this trip. He enourages others to examine their lives and find ways to do what is most important to them, even if it isn’t what others might expect—like riding a dirtbike through North and South America.

“We take for granted what we get at Wartburg, and I didn’t realize how special that time in my life was until now. We are privileged, and most people would give everything to involve themselves in the opportunities Wartburg students have.”