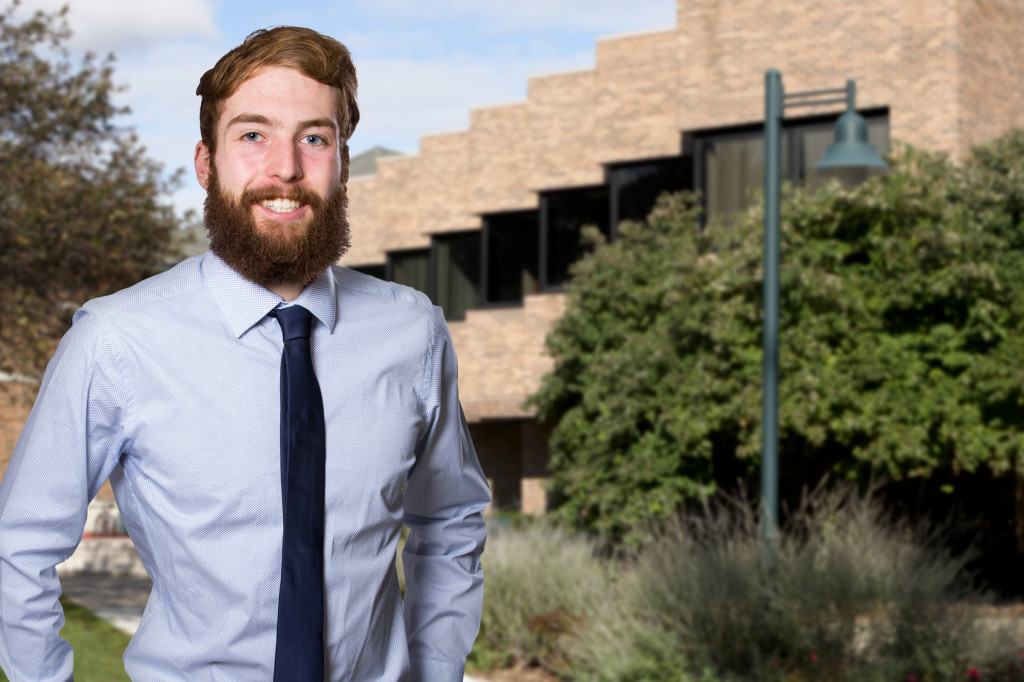 Wartburg is helping me achieve my goals

Matt Schneider ’20 took a winding path to Wartburg and, as he encounters many opportunities in his life, he showed up with purpose.

From running on the Wartburg track and field and cross country teams to holding an executive position on the Student-Athlete Advisory Committee, the Iowa City native continues to soak up experiences that support his business administration major and leadership minor.

“This past summer I had an internship with Adaptive Sports Iowa in Ames. I was in charge of a team of 73 people and was doing a lot of management and communication work,” said Schneider, who is concentrating his studies on sports management and marketing. “Our biggest project was the wheelchair portion of RAGBRAI (annual weeklong bicycle ride across Iowa). We also worked on wheelchair basketball and baseball and got to help out with the Iowa Games.”

Schneider hopes to build on the foundation that opportunity gave him with another internship with the United States Air Force Academy in Colorado Springs, Colo., from June to December 2019.

“This internship is going to be more of the marketing and business side of athletics, which is what I want to expand my knowledge in. I’ll be doing a lot of booster fundraising during the summer. Once all the athletes come, I’ll be doing more event management, which is more where my skillset is.”

He also will have a small position with the United States Olympic Committee (USOC) training center – a big step in the door, considering his dream job is with the USOC, which has its headquarters in Colorado Springs.

“I went to the Olympic symposium, and my strongest connection is Kelly Skinner, the vice president of High Performance with the USOC. He’s been a mentor to me over the last three years. We usually email or call at least once a month and keep updated on how things are going. He’s really excited for the future opportunities I’ll have.”

Schneider has mastered the art of seeking opportunities everywhere he goes and adapting to an ever-changing world. After transferring from the University of Northern Iowa after his first year, Schneider said Wartburg presented new possibilities for him. While he enjoyed his time and the connections he made at UNI, his major was dissolved and running track and cross country was not what he anticipated. Schneider took this unique opportunity to regroup, set new goals, and start a new adventure at Wartburg.

“It was a big adjustment, but in a really positive way. I liked all of my classes, felt a really strong connection with my professors, and learned a lot my first year. There’s a really good balance between everything you do on campus. It’s not just coming here to get a degree, though that’s the main focus. They also want you to be involved. It’s such a small campus that you get to know a lot of people from different backgrounds and experiences without having to go out of your way to meet them. As long as you put yourself out there, it’s going to pay off in the long run.”

The best advice he has for younger students is to set up a plan for themselves five to 10 years in the future.

“If you know there’s something you want to do, you have to be proactive and not reactive. You have to go and take the classes you need to take, learn what you need to learn, and make as many connections as possible. The biggest takeaway from one of my sports management classes was that it’s not what you know, it’s who you know.”

Indeed, Schneider has built up a strong support system that includes Skinner; Ryan Chapman, Wartburg’s head cross country coach; and Brian Marks, a high school coach he credits with helping him grow as a person, own responsibility, and know how to take control of situations. Thanks to their support and with the breadth and depth of his opportunities, Schneider is confident of his path forward.

“Though leadership is my strongest pillar of the Wartburg mission, I always have the others in the back of my mind. What happens on this campus isn’t just about Wartburg – I know it’s a lot larger.”