Paying it forward to the next generation of social workers

WHY DID YOU CHOOSE WARTBURG: Doug Mason ’75, an admissions counselor at the time, came to my high school a couple of times and brought me on campus. There were a couple of guys who were a year ahead of me in school who were already at Wartburg, so I decided to give it a try. Initially, I only planned on staying a couple of years and then transferring to a larger university, but I never left.

WHY DID YOU CHOOSE SOCIAL WORK: I took an introductory sociology class, and we had D.D. Starr, the head of the social work department, come in to talk to us one day. She told me I would be a great social worker and advocate for people. At the time I was a business major, but she steered me in this direction.

WHAT HAVE YOU BEEN DOING SINCE GRADUATION: I have been an employee of the State of Iowa since 1988.  My first job was with the Department of Human Services in Pottawattamie County, then I moved back to Waterloo because of an opening in the Department of Juvenile CourtS ervices, which is where I did my senior practicum. After working there for 20 years, I’m now a supervisor for the Iowa Department of Correctional Services. 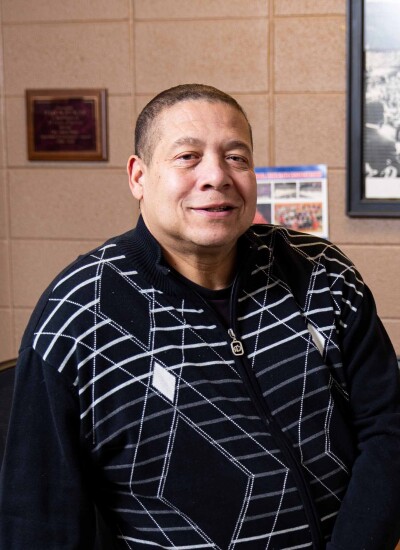 HOW DO YOU STAY CONNECTED TO THE COLLEGE: I have supervised numerous Wartburg students during their senior practicums. I know there is no way I would have been able to have the experiences I’ve had or be where I am today if there weren’t people along the way to help me out. That’s why I choose to give back in that way. I also sit on the Social Work National Advisory Board.