Being a softball player is about more than winning and losing

WHY DID YOU CHOOSE WARTBURG: Initially I chose Warburg for the biology program. I visited campus  for a science symposium in high school, and later was recruited by the softball coach. I found softball to be a very good fit for me. So the two of those combined just seemed like a good choice.

WHAT DREW YOU TO THE SOFTBALL TEAM: During the symposium I met the person who would later be my college roommate, and we have been roommates for four years. When I first met her we both had the same ideas of coming here. We fed off each other’s excitement, and it made me want to get to know her. She was also a softball player and I met other girls on the softball team, and it seemed like I could be really close with them. That’s kind of why I wanted to be a part of it.

WHAT DO YOU ENJOY MOST ABOUT BEING ON THE SOFTBALL TEAM: It’s not just about softball. We do a lot of self improvement and setting of personal goals. Being part of the softball program is not just being part of athletics. I’m also getting to work on my leadership skills, which is helpful since I have a leadership minor. We do communication, we do volunteering, and our coaches are very big into becoming well-rounded women, not just softball players. I think that’s a huge advantage of being on this team.

WHAT ARE YOUR FAVORITE SOFTBALL MEMORIES: We were in the National Tournament three seasons ago, but didn’t get that chance in 2020 because it was canceled. But, the bus trip to national and being there and a part of it was great. I think that in total is probably one of my favorite memories. 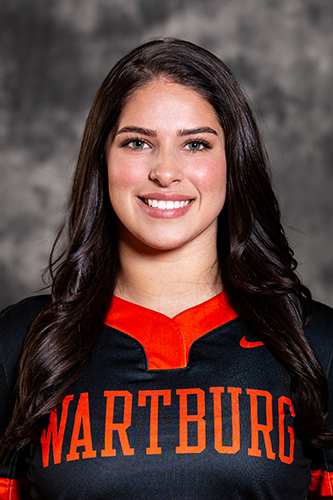 WHAT ADVICE DO YOU HAVE FOR PROSPECTIVE STUDENTS: Always make sure to manage your time well, especially as a student-athlete. It normally takes the freshmen a little bit of time to kind of get into that. The thing that helps them the most is having connections with the girls on the team. If you’re wanting to play softball in the future, the best thing you can do is make connections with the girls, because even if you don’t end up being friends every single girl on this team has their own experiences and we’re very willing to help out other girls if they need it. I know that a lot of the freshmen really appreciate having teammates to go to when they’re confused.