Ryan Hahn’s path to graduation was marked by winding turns and a few perfectly timed detours. His Wartburg journey began with on-campus jobs in student media and ended with Sony Music Entertainment, where he worked on the team that managed the global careers of Alicia Keys, Foo Fighters, Kings of Leon, and P!nk, and launched pop singer Kesha, among others.  Along the way, he found time to perform with Wartburg’s Castle Singers, travel to Europe and Australia, and complete seven internships at businesses around the world. “I wanted to do everything.

In the back of my mind, I knew if I was going to New York and competing against students from Columbia and NYU and guys whose dads worked for the company I was applying to, I had to give myself an edge,” Ryan said. His second year, Ryan connected with Jo Dorrance, internship coordinator. Together they sifted through about 100 internship applications and set a course that would take him from Waverly to New York in three years or less. A quick inventory of Hahn’s educational experiences:

He learned later it was his Australia internships that got his foot in the door at Columbia Records.“The HR rep had just returned from a vacation in Sydney. He wanted to hear about what I did in Australia,” Ryan said. “It was enough to sell my relevant work experience and get an internship with the music video promotions team at Columbia Records.”  After his internship Hahn landed a job at RCA Records International Marketing.

Three years later he was at Condé Nast working in partnership marketing. Today the Cresco native is an associate marketing manager at HBO in New York, where he has coordinated the Barclay Center fan premiere for Game of Thrones and created ads for the final episodes of Aaron Sorkin’s The Newsroom.

He’s now creating the campaign artwork for season four of Veep, starring Julia Louis-Dreyfus. Ryan credits Jo’s guidance and mentoring with helping him cultivate his opportunities.” She was the spark I needed,” he said. “She molded me, said you are here and these are the steps you need to take to get where you want to be. She knew my end goal and helped me make it happen.” 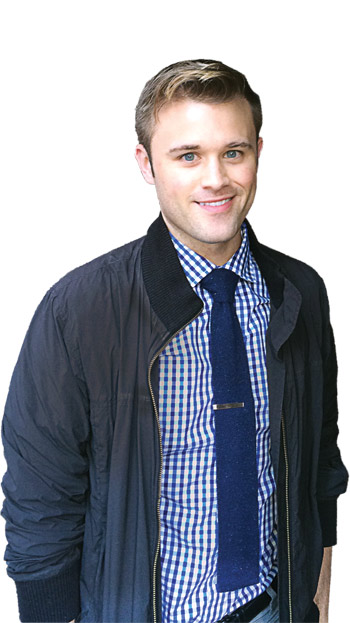