Wartburg taught to have confidence in myself

Many students often describe Wartburg as a “big family.” For some, this is taken literally, with some students’ parents, siblings, or grandparents being Wartburg alumni. For Eryn Perry ’21, this was how she learned about Wartburg.

“I had originally heard about Wartburg because both of my parents went here. Both of my mom’s parents went to Wartburg too, as well as all of my mom’s siblings. That wasn’t the main factor that got me to campus, though. I chose Wartburg specifically because I thought that the academic programs that I wanted to go into were well developed and had lots of opportunities for growth and getting involved,” said Perry.

As a computer science and neuroscience double major, classroom and campus dynamics played a big role in Perry’s decision to attend Wartburg.

“I got to meet with the professors from both the computer science and the neuroscience departments. Dr. Zelle and Dr. Larimer seemed very dedicated to their students, so I felt comfortable coming to Wartburg. It felt welcoming and safe,” Perry said.

Computer science and neuroscience may not seem like connected fields at first, but Perry has found numerous ways in which they overlap. 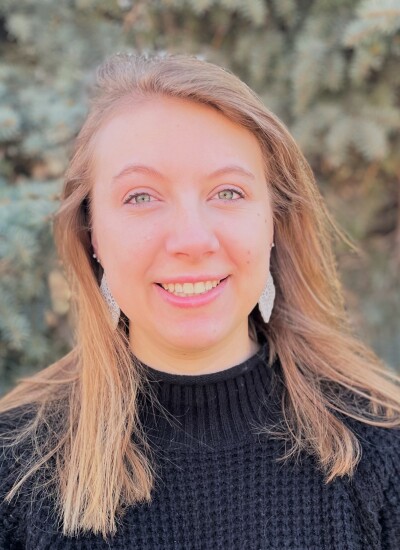 “A lot of research in neuroscience involves computation and predicting and using models, so computer science, data mining, and machine-learning skills come in handy with that type of research. But then additionally, a lot of modeling in the realm of computer science is taking inspiration from biological systems. They have things called neural networks, which are machine-learning algorithms that are essentially based on the nervous system and how neurons fire in the human body. There’s a lot of overlap in drawing inspiration,” Perry said.

Outside of the classroom at Wartburg, Perry is part of the Scholar’s Program and the Academically and Civically Engaged Scientists Scholarship Program (ACES), as well an executive member for Service Trips. Her involvement in Wartburg’s service opportunities stem from her passion for helping others. As graduation approaches, Perry has plans to attend the University of Southern California to start pursue a Ph.D. in neuroscience.

“I have a huge heart for service, and the research projects that I’m interested in pursuing have those specific applications. One example of something I could do at USC is working in a research hospital in Los Angeles that specifically looks at brain development in preterm babies,” said Perry.

While applying for graduate schools and programs can be daunting, Perry felt comfortable as she began her application process and asked for letters of recommendation from faculty members.

“The most important part of my Wartburg experience has been gaining close relationships with faculty and a lot of people here. I did not feel weird about asking for letters of recommendation when applying to grad schools, and the comments I’ve gotten from a lot of people I’ve interviewed with (for grad school) was how it was so clear that the people who wrote my letters just knew me so well,” Perry said.

As Perry’s time at Wartburg draws to a close, she feels empowered heading into her Ph.D. program, as Wartburg has empowered her as a woman in STEM.

“I’ve definitely gained a lot more confidence being a female in computer science. Unfortunately, there’s a lot of women in other STEM fields that feel underrepresented, maybe even biased against. Wartburg has taught me that it’s okay to have confidence in myself. I know there will probably be some obstacles in my way, just being female, but I’ve been fortunate to not feel that at Wartburg. They look at your merits and abilities, not your gender identity,” Perry said.