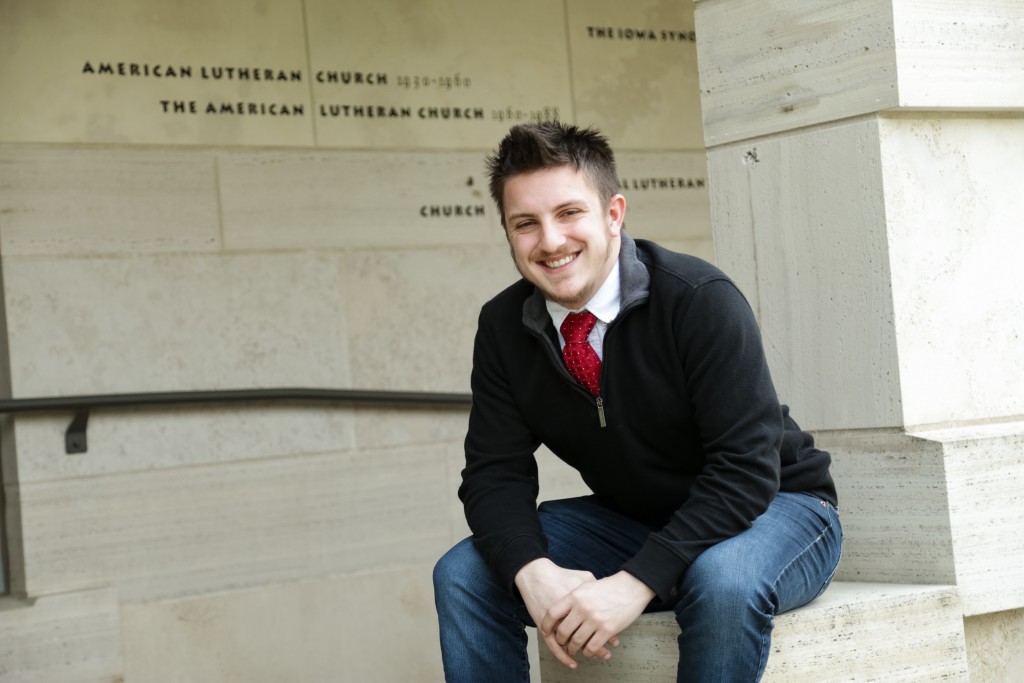 Eric: Ready for a new adventure in Japan

Interested in psychology, but planning a future in medicine, Eric Revis ’17 entered Wartburg College as one of the school’s first neuroscience majors. He will graduate Sunday, May 28, with a degree in psychology and a newfound love of Japanese culture.

“I studied abroad in Ireland the fall of my sophomore year and decided to take a bunch of psychology classes to get that part of the neuroscience major done, but I absolutely fell in love with the field,” he said. “So I came back and decided to do psychology as my major.”

While in Ireland, Revis also planned on knocking out his religion requirement, but the class was canceled. As a backup he took the only thing not full on campus during Winter Term—Buddhism.

“I loved it. I would meet with (Dr.) Kuni (Terasawa, assistant professor of world religion) at least once a week to just talk about things,” he said. One of those “things” was the Japanese Exchange and Teaching (JET) Program, a competitive opportunity that places young professionals throughout Japan to serve as assistant language teachers for one year. The contract has the potential to extend up to five years.

Revis applied and was accepted into the competitive program. In addition to teaching English, Revis also will be responsible for running extra-curricular activities that incorporate the American culture and language.

As a precursor to committing to the program, Revis traveled to Japan with Terasawa and Dr. Joyce Boss, professor of English, to study the country’s traditions and culture as part of a May Term course.

“Kuni was extremely influential in my decision,” Revis said. “It started that I wanted to give back. He came over here to teach people and influence Americans in his culture, so I put his home region as my preferred location so that I could go back to the students in his area and influence them to learn about American culture as a ‘thank you.’”

Though Revis wasn’t placed in the Ishikawa Prefecture, he’s still excited to have been placed  in Tokyo instead. He hopes to help plan the 2018 Tokyo Outfly and spend a night with Terasawa’s May Term trip.While in Tokyo, Revis intends to pursue a master’s degree in international relations. Upon returning to the States, he hopes to enter law school, specializing in international law and human rights.

“But the interdisciplinary stuff that Wartburg does in almost all of its areas of study has made me better understand the way everything is interconnected. It’s a Buddhist precept—interdependency. I could never go into international law if I studied law all day, every day. I would be good at law, but I wouldn’t be good with people.”