He saw the potential in Connor Koppin ’13, a music major from Mason City, so he gave him a text to work with. Koppin had been composing original music for two years, inspired by a commissioned work for Christmas with Wartburg by Stanford Scriven of St. Olaf College.

The result was “There is No Rose of Such Virtue,” which was among seven other world premiere pieces in the 64th annual production of Christmas with Wartburg, “The Winter Rose Blooms, Rejoice!” “It was a gradual process, learning how to write for choir,” Koppin said, “but after writing eight to 10 contrasting pieces of music, I finally found my niche.”

Koppin searched for a new text to fit the concert theme.

He found it in a 15th century carol, which Nelson said had references to the many symbols of the rose in biblical text, including the Virgin Mary, as well as alluding to St. Elizabeth, who is known for the “Miracle of the Roses” at the Wartburg Castle in Germany. “I looked into all sorts of texts revolving around the Christmas rose,” Koppin said. “When I read, ‘There is No Rose of Such Virtue,’ I discovered that it contained an element other texts did not, simplicity.”

Nelson guided Koppin in creating a new setting of “There is No Rose of Such Virtue” with the goal of specifically tailoring it to fit the Wartburg Choir.

Koppin said the easiest part was composing the melody.

“It was as if when I first looked at the text I could hear the music in my head. That is when you know you’ve found a good text. The music almost writes itself,” Koppin said.

The hardest part, he said, was tailoring the piece to fit the choir.

“Since I was able to hear the piece develop in the singers’ voices on a daily basis, I could determine which parts worked and which didn’t. I was continually making very small changes to better the overall sound of the piece. Sometimes it became a little arbitrary.”

“He gave me advice from a conductor’s standpoint. I was able to sort of get inside the mind of a great conductor, see how he approaches a new piece of music, and discover what traits he finds desirable in a piece,” Koppin said. Koppin dedicated “There is No Rose of Such Virtue” to Nelson and the Wartburg Choir.

“The choir has been such an important and influential part of my life. Writing a piece of music for it is my way of paying homage,” Koppin said.

“Dr. Nelson has always been a role model of mine. I can’t put into words how grateful I am for his presence at this school.”

Koppin has no immediate plans to make composing a full-time job, but said it’s possible after he becomes a music educator. Nelson said the piece surpassed his expectations.

“I could not be more proud of Connor’s work on this piece,” Nelson said. “As an educator, there is no greater gift than to watch your students succeed.” 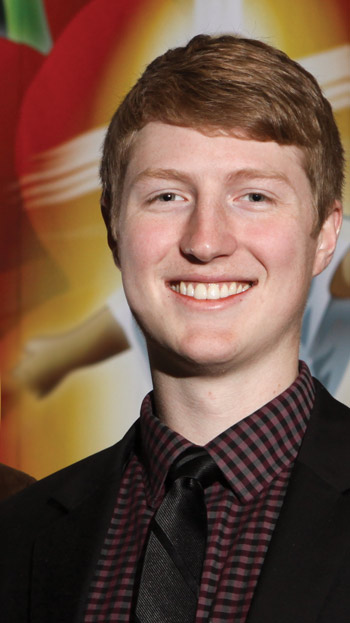 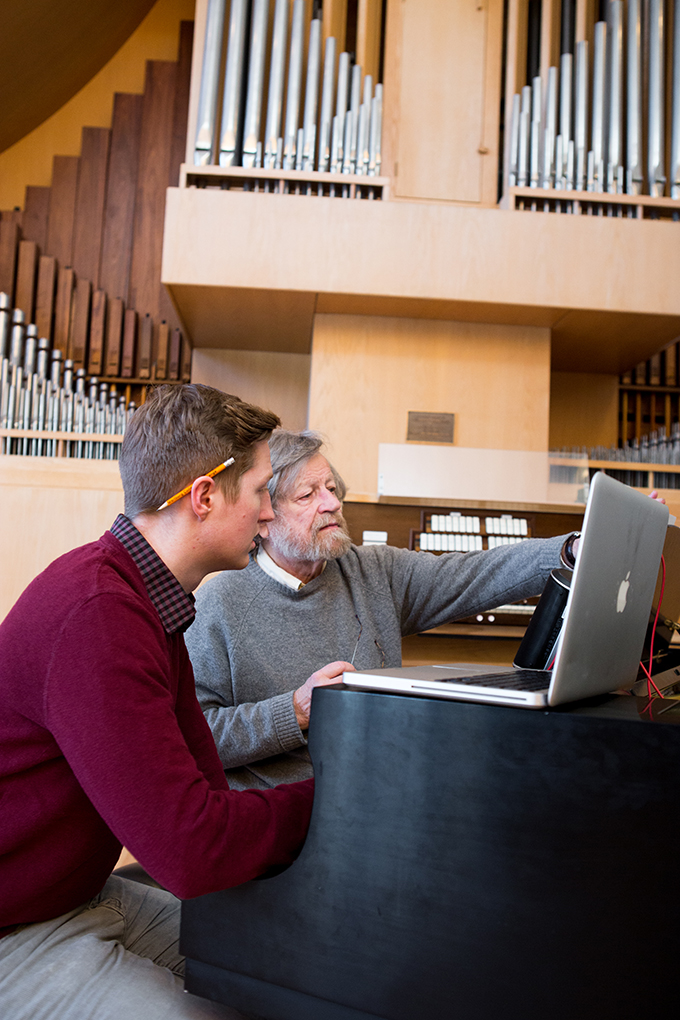 Connor Koppin works with composer Morten Lauridsen during his visit to Wartburg.