About the Wartburg College Book Club

One book is selected for discussion each month within the Wartburg community. All are invited – students, alumni, parents, donors – to join the conversation and learn from other Knights. This community is intended to be an inclusive environment. Topics and opinions discussed each month do not necessarily reflect the beliefs of Wartburg College.

Those who sign up for the bimonthly newsletter will receive book announcements, discussion questions, educational information, highlights from the Facebook group, invitation for virtual events, and more. The Facebook group will host the majority of content and interactions, with daily posts Monday through Friday.

April: Parable of the Sower

“Parable of the Sower” is the Butlerian odyssey of one woman who is twice as feeling in a world that has become doubly dehumanized. The time is 2025. The place is California, where small walled communities must protect themselves from hordes of desperate scavengers and roaming bands of people addicted to a drug that activates an orgasmic desire to burn, rape, and murder. When one small community is overrun, Lauren Olamina, an 18-year-old black woman with the hereditary train of “hyperempathy”—which causes her to feel others’ pain as her own—sets off on foot along the dangerous coastal highways, moving north into the unknown. Click here to learn more. 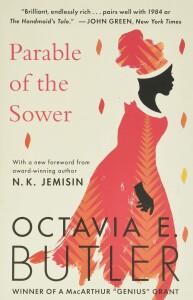 Where to find this book:

May: The Great Believers

In 1985, Yale Tishman, the development director for a Chicago art gallery, is about to pull off a coup, bringing an extraordinary collection of 1920s paintings. Yet as his career begins to flourish, the carnage of the AIDs epidemic grows around him. One by one, his friends are dying and after his friend Nico’s funeral, the virus circles closer and closer to Yale himself. Soon the only person he has left is Fiona, Nico’s little sister. Thirty years later, Fiona is in Paris tracking down her estranged daughter who disappeared into a cult. While staying with an old friend, a famous photographer who documented the Chicago epidemic, she finds herself finally grappling with the devastating ways the AIDS crisis affected her life and her relationship with her daughter. Yale and Fiona’s intertwining stories take us through the heartbreak of 80’s and the chaos of the modern world, as both struggle to find goodness in the midst of disaster. Click here to read more. 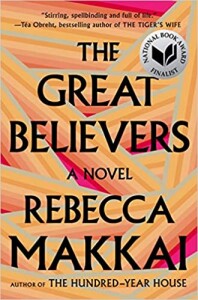 Where to find this book: