Over the course of two days I traveled downtown to see the two largest art districts in Denver: RiNo (River North) and Santa Fe. I took many photos, traveled through the most colorful alleyways I have ever seen, and stopped at a few taco trucks as well. This piece by artist Dan Ericson, also known as the “Signtologist,” is one of his better-known works. I did not know who the artist was when I took the photo, but upon further research I found out a lot more. The person in the picture is artist Jean-Michel Basquiat. However, it is not the entire photo, for if the whole picture were represented, it would also show Andy Warhol with his own pair of boxing gloves. The photo was taken by Michael Halsband for a poster promoting a (fake) boxing match between the two artists, to capture not only their friendship but also their competitive relationship. This photo added to my intercultural experience by not only introducing me to a new local artist, but it also taught me something that I hadn’t known already. 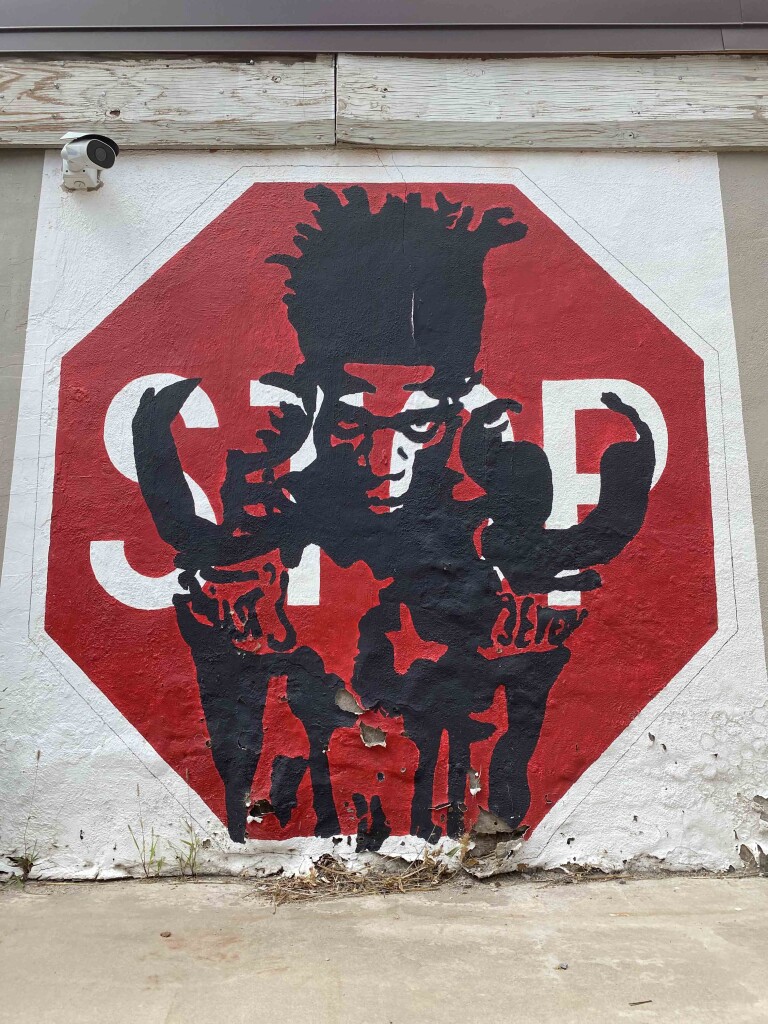