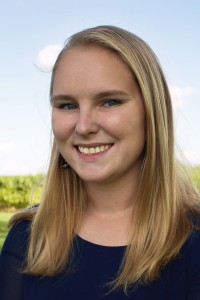 Annika Wall, a Wartburg College junior, has received a $1,000 scholarship from the Iowa College Media Association.

Wall, a journalism and communication major from Jesup, has worked in the college’s Sports Information Office and as a sports editor for the school newspaper and anchor for the campus television station. Earlier this year, she was named the ICMA Pat Pisarik Journalist of the Year, which is given to the outstanding journalist serving college media in the past academic year.

“The Iowa College Media Association is pleased to present this scholarship to Annika. We established a panel of judges who did not have a student from their college or university as a finalist, and the panel felt that Annika stood out based on her contributions to student media and her aspirations to contribute to the field of journalism in her future career,” said Pamela Ohrt, ICMA executive director.

After she graduates in December 2020, Wall hopes to pursue work in either sports information or sports journalism as well as begin a master’s program in sports management and eventually pursue a career in athletic communications, where she can set an example for the next generation of female sports journalists.
Visit Campus Recruit Me Apply Now