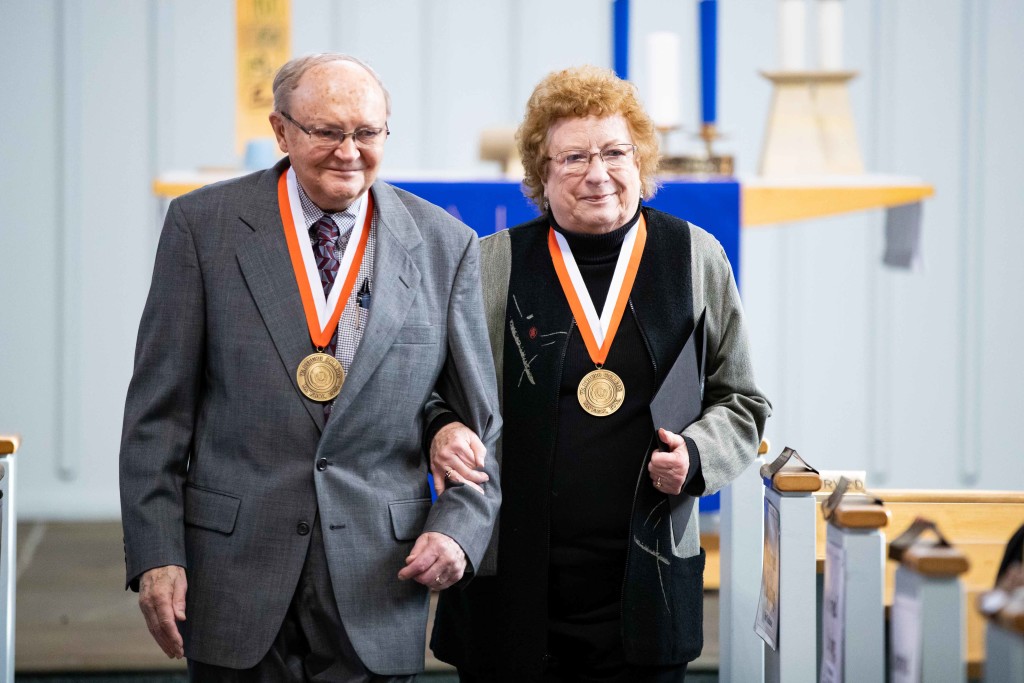 Their charitable gifts have established five endowed scholarships and supported various projects at the college. Most recently, the Kurtzes provided the lead gift to name the Schroeder Press Box at Walston-Hoover Stadium in memory of Duane Schroeder, longtime Wartburg news and sports information director. They also established an endowed fund in Schroeder’s honor to enhance the college’s ability to tell its story. Another endowed fund honors Robert Gremmels and supports journalism and communication graduates who wish to pursue advanced degrees.

Harold, who graduated from Wartburg in 1958, went on to earn a Master of Science in journalism from the University of Wisconsin-Madison. He was a newspaper reporter and editor before becoming director of public relations for Lutheran General Hospital in Park Ridge, Ill. He later served as vice president for development at Children’s Hospital of St. Paul. He also provided longtime leadership for two philanthropic St. Paul-based foundations. A past Alumni Board member, Harold received the Alumni Citation award in 1973.

Grace, who graduated in 1961, taught English at the high school level before going on to earn a Master of Library Science from the University of Minnesota in 1980. She then served two decades as a library media specialist for St. Paul Public Schools. Grace served on the National Advisory Board for the Vogel Library and received an Alumni Citation in 1999. She also was a board member for the Friends of the Kerlan Collection, which supports the University of Minnesota Children’s Literature Research Collections.

The Kurtzes are members of the President’s Round Table and Heritage Society. Both also served as congregation president as active members of St. Philip’s Lutheran Church. They reside in New Brighton, Minn., and have two sons, David and Steven.

A list of past Wartburg Medal recipients can be found at www.wartburg.edu/wartburg-medal-recipients/.
Visit Campus Recruit Me Apply Now