Pederson to serve as Wartburg’s guest composer for 2019-20 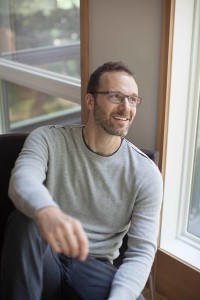 Kyle Pederson, a Minneapolis-based composer, will serve as Wartburg College’s guest composer for the rest of 2019 and 2020.

It was the up-and-coming composer’s setting of “A Mighty Fortress Is Our God,” which included an electric guitar, that first caught the attention of Lee Nelson, Wartburg’s Patricia R. Zahn Endowed Chair in Choral Conducting and Wartburg Choir director. Pederson attended one of the choir’s Minnesota concerts last spring and heard his song performed live for the first time.

“I was blown away by how they brought the piece to life,” Pederson said. Knowing he had more songs waiting for a debut, he reached out to Nelson to see if the choir would be interested in additional pieces.

Nelson and Pederson met this summer on the Wartburg campus to see if they could agree on a song. But no such agreement could be made.

“We spent some time in Orchestra Hall with Kyle at the piano playing some of these pieces. As he was going through the list, I was like, ‘That’s a great piece. Well, that’s a great piece, too,’” Nelson said. “I just didn’t know how I was going to choose. When he threw out the idea of being a guest composer, I knew we had our answer.”

Pederson’s first piece as guest composer was the premiere of an all-male version of “Since I Laid My Burden Down” mashed with “The Battle Hymn of the Republic.” He’s already working with Charles Anthony Silvestri, the guest poet for Wartburg’s Meistersinger Honor Choir, on a piece that will honor Martin Luther King Jr. for that festival’s finale concert in January. The Wartburg Choir also will premiere a new setting of “Soon I Will Be Done” mixed with spoken word during the ensemble’s international tour this May. Pederson also is seeking opportunities to arrange pieces for other Wartburg ensembles.

For Nelson, though, it isn’t just about the new music. He’s excited for the opportunities Wartburg’s budding composers will have to be mentored by someone currently living their dream.

“Any time we can show our students that a living, breathing person is doing this thing that they want to do, it is an opportunity we have to take,” Nelson said. “Kyle is a father. He was a middle and high school social studies teacher. He owned his own company after that. And then he decided that music was his passion, his calling, and that story for our students has been very powerful.”
Visit Campus Recruit Me Apply Now