Schempp to perform at Wartburg College Bach’s Lunch in November 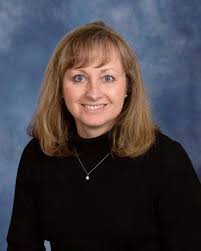 The concert will begin at 12:30 p.m. in Wartburg Chapel. It will be preceded by a noon lunch and conversation with Schempp in the Chapel Commons.

Schempp teaches organ and piano and is the chapel organist at Augustana University in Sioux Falls, S.D. In addition to providing private piano lessons, Schempp has served as organist at Our Savior’s Lutheran Church and First United Methodist, both in Sioux Falls.

Her program will feature pieces from Louis and Francois Couperin, brothers from one of the most prolific families in French music during the Baroque era. She also will play Johann Sebastian Bach’s “Toccata, Adagio, and Fugue,” “Praise and Thanksgiving” by Paul Manz and “Toccata on Kremser” by Willem van Twillert.

Bach’s Lunch attendees are invited to bring a lunch or order one from Wartburg’s Den-Rittersaal by Wednesday prior to the performance by contacting the music office at 352-8300. The series will continue Feb. 14, March 13 and April 3.
Visit Campus Recruit Me Apply Now