Toe will major in biology and hopes to become a physician assistant. He is the son of Joseph Toe and Esther Gbah.

“Zeph is a natural leader. He is extremely active in our West High community. He is a four-year member of the football and track teams, a member of our Link Crew program, delivers Mentors in Violence Prevention curriculum to our freshmen, has a part-time job and volunteers at the Cedar Valley Sportsplex as a youth coach as well as many other activities,” said A.J. Cassidy, a West High School English teacher. “Zeph will leave Waterloo West a better place than it was when he arrived.”

The Slifes were Cedar Falls residents who died Jan. 2, 1994, in a car accident east of Decorah. The couple was honored in 1988 as Eastern Iowa’s “Outstanding Philanthropists.” Harry Slife had been president of Rath Packing Co. and Black Hawk Broadcasting (KWWL), a state senator, served on the state Board of Regents (1973-79), and was a Wartburg regent (1980 until his death). Their memory lives on through the Polly and Harry Slife Family Fund. The college annually partners with the organization to award a full-tuition scholarship to one African-American student from the Waterloo Community School District. Awards are renewable up to four years.

“I do not want to lose the values my parents brought with them to America and passed on to me. I want to hold on to my newfound values and pass them on to other generations and help other African kids like me realize how beneficial education is and not lose focus of why they came here,” Toe said. “Receiving an education from a prestigious school such as Wartburg College will not only allow me to set an example in the African community, but also in the African-American community and show them their success in life is not based on athletic ability, but the strength of their mind.” 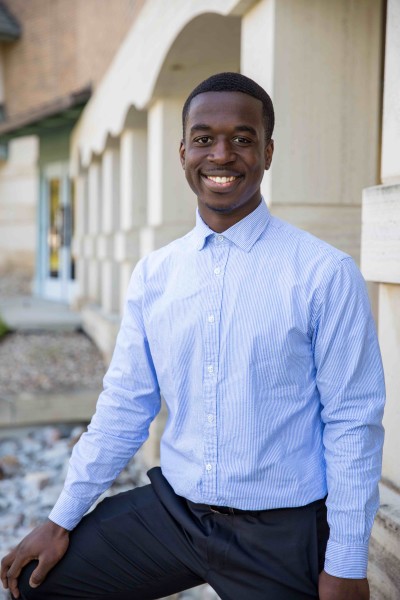