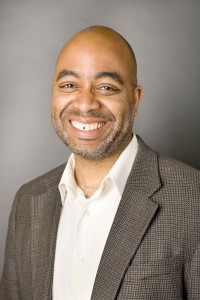 He will accept the award and deliver his address, “The Welcome Table: Faith, Food, Fellowship, and Service,” during the 11:30 a.m. ceremony in Wartburg Chapel. The public is invited. In addition, Zak Montgomery, Spanish professor who holds the Harry and Polly Slife Professorship in Humanities, will facilitate “A Conversation with Adrian Miller” at 7 p.m., Monday, March 25, in the Wartburg Chapel. The evening event will be preceded by a public reception at 5:30 and book signing at 6 in the Hagemann Castle Room in the Saemann Student Center. Books will be for sale during the event.

“As I learned more about him, and spent a bit of time with him, Adrian modeled for me the many ways that a Christian can serve his neighbors—whether by working on public policy for a president or a governor, or by facilitating ecumenism among churches, or by celebrating the often underappreciated role that food plays in the human community,” said Darrel Colson, Wartburg College president.

A culinary historian, Miller wrote Soul Food: The Surprising Story of an American Cuisine, One Plate at a Time, which won the 2014 James Beard Foundation Book Award for Outstanding Reference and Scholarship. His second book is The President’s Kitchen Cabinet: The Story of the African-Americans Who Fed Our First Families from the Washingtons to the Obamas was nominated for a 2019 NAACP Image Award for Outstanding Literary Work—Non-fiction. In 2018, he earned the Ruth Fertel Foundation Keeper of the Flame Award for his work on African-American foodways. The Kansas City Barbeque Society-certified judge is currently researching and writing his third book which will focus on the history of African-American barbecue culture.

A graduate of Stanford University and Georgetown University Law School, Miller practiced law in Denver, Colorado, for several years. From 1999 to 2001, he served as special assistant to President Bill Clinton and was deputy director of the President’s Initiative for One America, the first free-standing White House office to examine opportunity gaps for minorities. He returned to Colorado and has held several statewide public policy-related positions.

In June 2013, Miller joined the Colorado Council of Churches, a statewide ecumenical social justice organization representing 13 denominations and 850 churches. He is the first African-American and first layperson to hold the position. Miller is a lifelong member and steward at Campbell Chapel African Methodist Episcopal Church in Denver, Colorado.

The Graven Award, now in its 30th year, honors one “whose life is nurtured and guided by a strong sense of Christian calling and who is making a significant contribution to community, church and society.” It is named for Judge Henry N. and Helen T. Graven of Greene, whose lives reflected those same commitments.
Visit Campus Recruit Me Apply Now