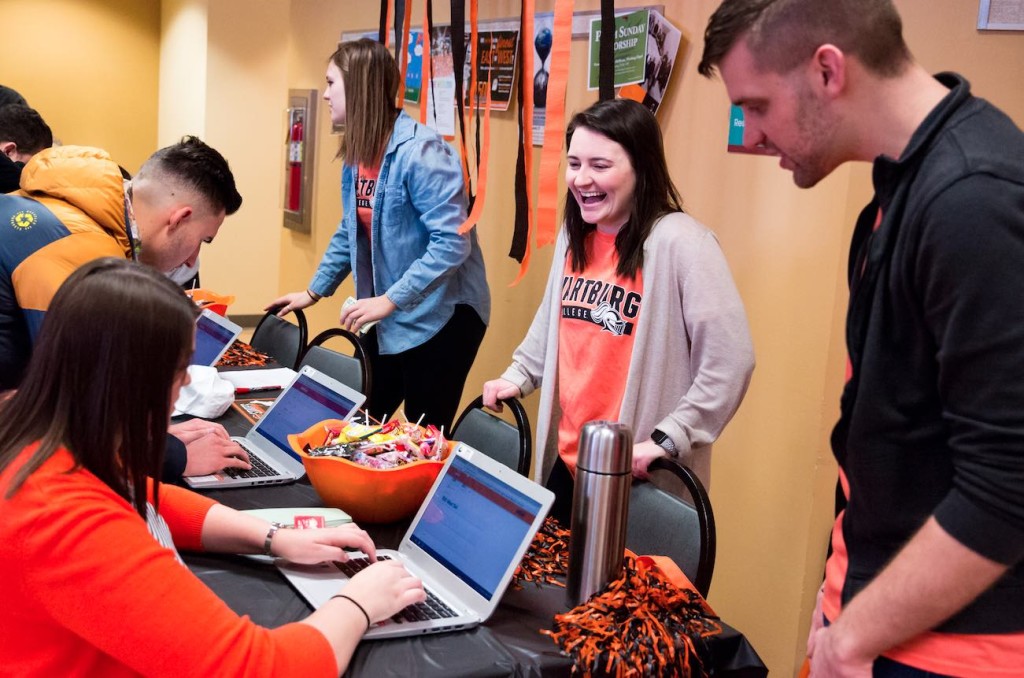 During the 24-hour period, 1,608 members of the Wartburg community “UKnighted” to show their support for the college, surpassing the goal of 1,500 and increasing last year’s donor number by nearly 200. More than 365 current and future students participated in the day, which raised more than $120,000 for the college. The Class of 2020 won the Finest in the East or West Class Challenge with 111 total donors.

“Wartburg is a place where so many people have found their home and family, and you can see that family coming together on UKnight Day as they give back for others to be able to find their home and family as well,” said Athena Hansen, a leader with Students UKnight, a student-run organization that connects current students with alumni.

Throughout the 24-hour period gifts were received from 44 states and several countries. The 368 students and 128 faculty and staff who participated represented a 39 percent increase in campus involvement over the previous year.

“We love seeing Knights from around the world come together to celebrate the college and the impact it had on their life for an entire day,” said Renee Voves, associate director of institutional advancement. “It’s a great day to be a part of the Wartburg community.”

Donors were provided a “1,500 UKnighted” digital badge, customized with their donor number, to share on social media. Those who had participated in the previous three UKnight Days also received a “Four for Four” badge. Those with a connection to the college were encouraged to participate in the celebration by sharing their Wartburg memories on social media using the hashtag #UKnightDay.