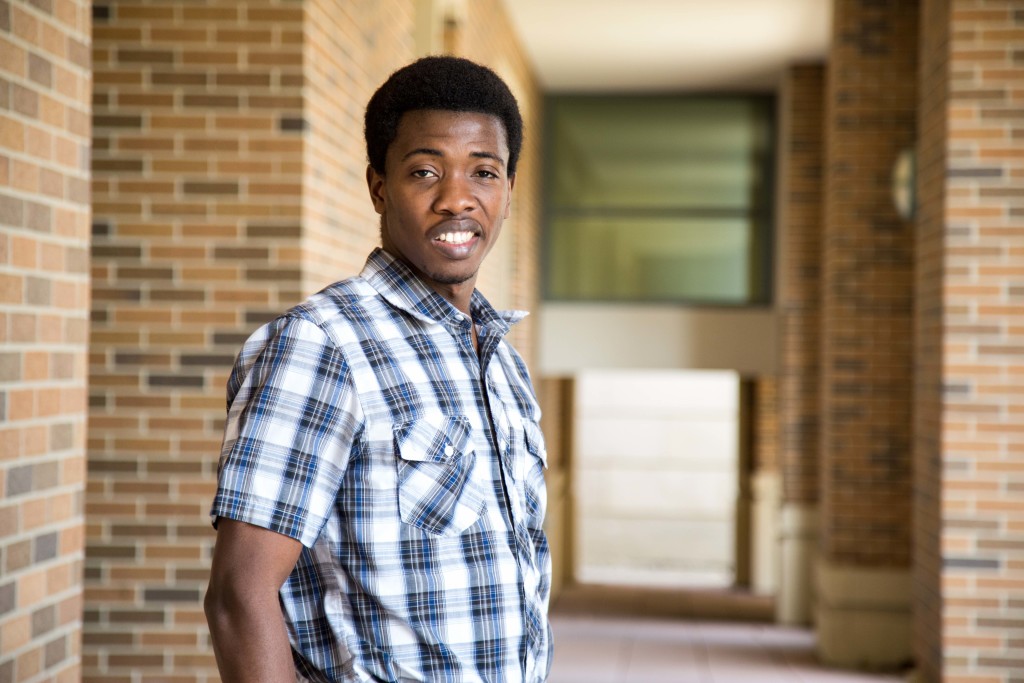 A Wartburg College student’s plan to update educational resources in a Sierra Leone school received a $10,000 grant from the Davis Projects for Peace program.

Junior Joseph Tarawali will travel to his hometown of Lunsar, Sierra Leone, this summer to begin the project. The grant will allow Tarawali to purchase 20 computers equipped with the RACHEL-Pi system, a curated collection of open source textbooks, Khan Academy videos, thousands of Wikipedia pages and multiple other digital resources that are not reliant on an Internet connection.

Philanthropist Kathryn Wasserman Davis founded Davis Projects for Peace in 2007 to celebrate her 100th birthday. Davis, who died in 2013, committed $1 million annually to fund 100 grass-roots efforts by college students. Wartburg students have received a grant every year since the program’s inception.

The computer lab will be located in an all-girls school in Lunsar but will be accessible to students at three other nearby primary schools. Traditional books will be purchased for those partner schools.

Tarawali knows firsthand the boost supplemental educational materials can give students in some of the poorest parts of the country. When he was in school, during the country’s civil war, access to books and other learning materials was scarce. His older brother, who lived in Ghana, brought him textbooks to study.

“I was among the first 10 in the country on our national exam for West Africa,” which includes students from the more populated and wealthy Freetown, Tarawali said.

Though conditions in Lunsar are slightly better than they were when Tarawali was a child, the area still struggles to recruit and retain teachers as well as adequately fund the education system.

“This project will help students in our partner schools improve their academic performance, encourage them to go to school and help make teaching easier and more creative,” Tarawali said. “This project will introduce students and teachers to the use of technology-based learning resources and will give them access to many educational databases and resources. In the long run … it will help them become more peaceful and productive citizens.”
Visit Campus Recruit Me Apply Now